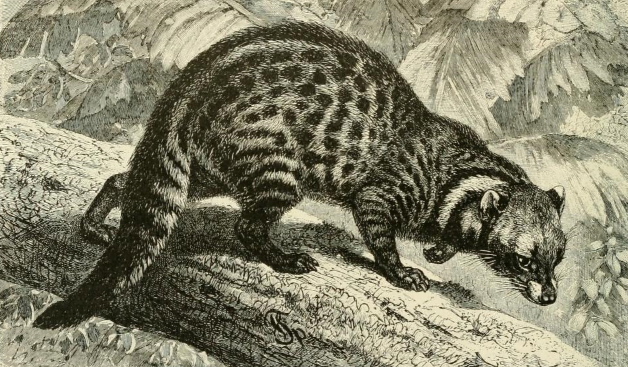 Civet paste is a rare, ancient and highly esteemed perfume ingredient as well as a traditional medicine in the East.  Collected bi-monthly from the perineal gland of the adult Ethiopian Civet, it is still used in mainstream perfumery but mostly via black market back doors hidden from public sight and in a manner that contributes nothing to the well-being of the animals, the farmers, industry standards or the local economy.

Civet coffee, or Kopi Luwak, is a colonial tradition that has grown steadily in popularity the past few decades. Neither industry meets our Western standards for animal welfare and thus hover more in the shadows than the limelight.

Due to unacceptable animal welfare standards, we in the West, have boycotted the use of Civet in perfumes for over 50 years, yet this has done nothing to improve the lives of Civets or Civet farmers in Ethiopia and has likely caused more damage than good. With a reduced market, little income or resources to invest in higher standards of animal care, our boycott created a half century long stalemate in the industry.

The past decade or so has seen a growing trend in Indonesia where local Palm Civets are kept in battery cages under equally poor conditions, fed an unnatural diet of green Coffee beans which are excreted, collected and used to produce Kopi Luwak  Coffee, known as the world’s most expensive Coffee.

This March will see my 4th visit to Ethiopia in an ongoing effort to help both the Civets and the Civet farmers by establishing an ethical model Civet farm.

A modern farm that meets Western standards could not only revive the market, break the embargo on Civet products, but serve as a model to set industry and animal welfare standards in both Ethiopia and Indonesia.

We are all touched by this situation in some way, even if we are not perfumers or Coffee drinkers. I believe we can’t wait for someone else to make things happen and that as a community we can have a profound and transformative effect in the world if we work together.

Besides concern for the animals, it is also important the Civet paste is processed into ready to use perfume ingredients in Ethiopia so the full value and the brunt of the profits stay in the local economy instead of lining the pockets of corporations in Western countries who already do quite well. We have been taking advantage of developing countries for centuries, buying their raw materials at rock bottom prices, making hefty profits on processing and selling them while little to no profit from value-added processing stays in the local economy. This is a fundamental problem that contributes to keeping developing countries from actually developing.

Though I believe no animal should be caged against its will, I feel we have to start changing things somewhere, and usually, the best place is right beneath our feet. If this is successful, and a greater market demand is re-established for Civet products, I see the eventual development of Civet paste collection systems that are non-invasive and work with the animals in their natural habitat while benefitting the conservation of quickly disappearing forests, wildlife habitats and green zones in Ethiopia. But as long as it operates in the shadows, nothing much will change.

A call for community involvement

This project is now at a crossroads.  In March I will travel to Jima, the main Civet production region in Ethiopia with farmers and exporters of Civet paste, we will have an up-close look at existing farms, potential real estate, and take the next steps to bring Civet products back into mainstream commerce in an ethical and broadly beneficial way.

I have written and spoken about this for over three years. Now I need to bring more than just words and a vision to the table.

Since no one person has all the skills and resources needed to bring this project to fruition, the next steps will be pursued by either an organized group of individuals contributing assets, skills and know-how, or it will be taken under the wing of an existing business with an interest in ethics and aromatics.

If we can organize a group of like-minded people to carry this idea forward, it will need

There will be a need for tangible assets not easily accessed in Ethiopia. A shortlist would include items such as

If you have an interest in being involved, have access to resources such as these, know someone who could add their expertise, know of a buisiness that would contribute or lead the project, or if you can just pass the word on through your networks to catch the eye of the right individuals or businesses it would help bring this concept that much closer to reality.

I have Civet farmers and exporters ready to move forward with this project. What we need now is participation from the West to take it to the next level.

Any help and involvement is welcome. Questions and responses can be directed to connect@apothecarysgarden.com.

Funding the past 3 years for this project has come exclusively from purchases in my Etsy shop and donations from kind supporters via PayPal at  paypal.me/apothecarysgarden. Any and all interest and support is welcome.

For more information on the Civet stalemate with the West see my post-Ethical Civet, A view from the foothills 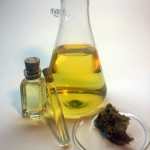 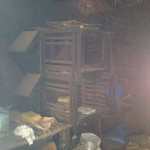 Current cages for Civets are better than they were, but leave a lot of room for improvement. 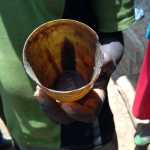 Etched Ox horn cup. One of two that have been used in this Civet farmer’s family for many generations. One is used to collect and the other to clean the fresh paste. 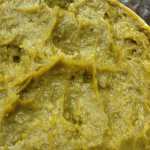 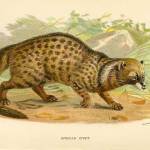 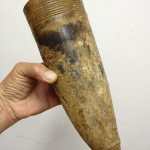