Commiphora confusa. The Myrrh that is a Frankincense.

I know I said I didn’t often post shop listings here on the blog. Though still true, I may have to take that back soon…After over 2 months in Africa and the Mediterranean, I am still trying to catch up on correspondence and workshops, making new products, and getting some gorgeous African aromatics listed in the shop. I just haven’t found the time to sit down and write a blog post. This may seem a bit like cheating, but sometimes you just have to use what you have at hand and I hope it provides enough new and interesting information to be worthy of reading. 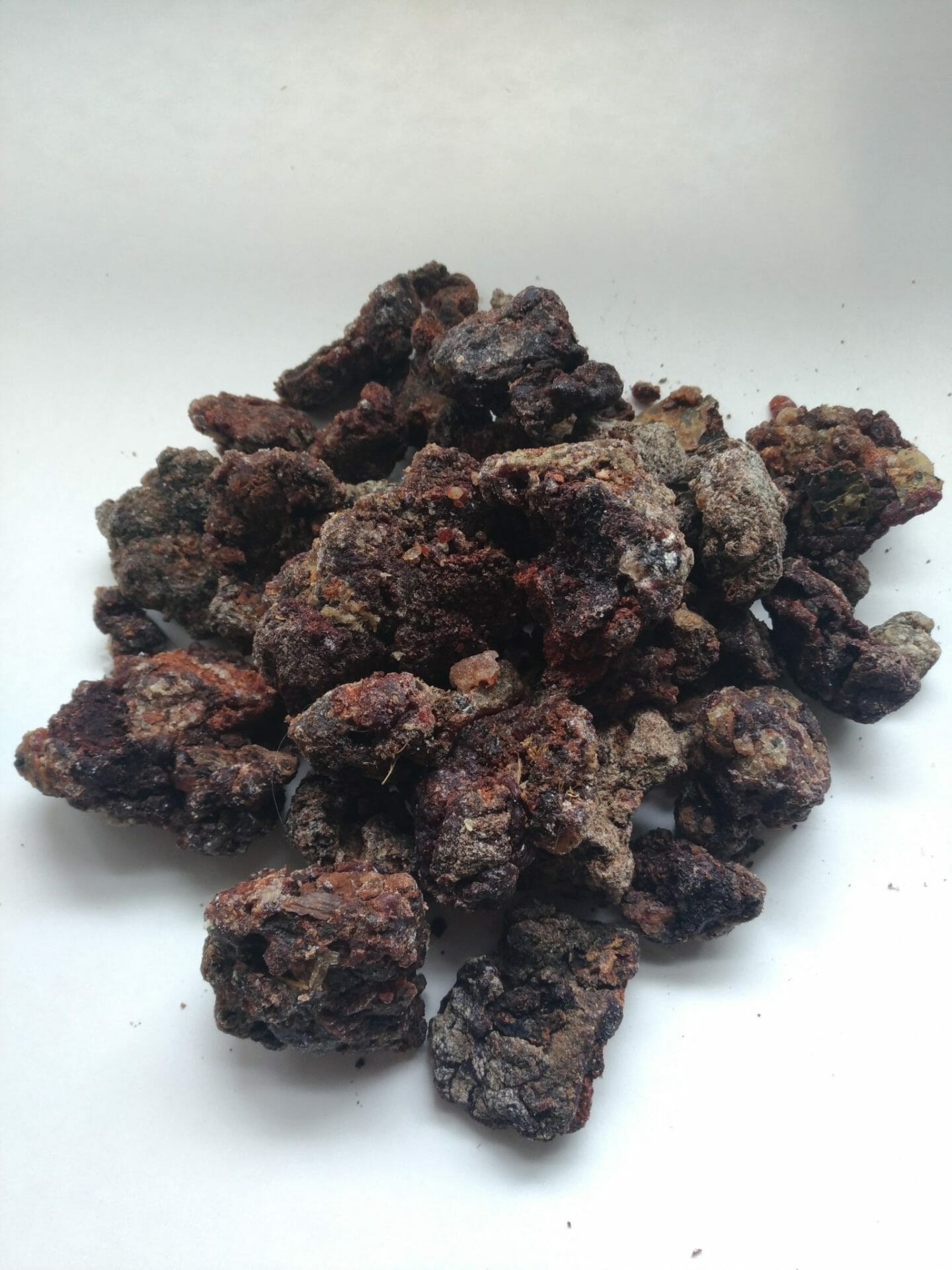 Visually and aromatically similar to Boswellia or Frankincense neglecta and often mixed in with it, Commiphora confusa stands out as a unique aromatic material deserving a market of its own. (IMHO).

Commiphora confusa-AKA Kenyan Frankincense is one of the most baffling resins I have encountered to date. Naming it confusa/confusing is putting it mildly.
Dubbed thus due to the radically different forms its flowers exhibit, the list of confusing and perplexing facets of this fragrant oleoresin goes far beyond variations in its sex organs.

Also known as Kenyan Frankincense, even though it’s a member of the Myrrh family, it is in no way a Boswellia or Frankincense. It looks similar to the Boswellia Neglecta resin, also endemic to Northern Kenya and is usually mixed in with Neglecta by collectors and middlemen.

The fragrance profile of this frankincense look-alike is (confusingly) similar in some ways to that of Frankincense Neglecta and though often distilled together as a Neglecta, C. Confusa has distinct aromatic qualities not found in B. Neglecta.

While Boswellia Neglecta is confusing enough in that it presents 2 distinct types of resin, a granular black callus resin and a clear Thurimel or honey type resin, C. Confusa yields 3 different types of exudates, 2 are similar to B. Neglecta and one a translucent reddish hue that is odorless and made up of water soluble gum. On the bright side, C. Confusa does exhibit some traits that are exclusively those of a Commiphora.

Like many other Myrrh species it grows in the dry valleys, plains and open bush land while Frankincense trees mostly grow on and around rocky outcroppings at higher elevations. Though its fragrance bears similarities to B. Neglecta and indeed it shares some of the same aromatic molecules that give B. Neglecta its distinct aroma, Commiphora Confusa also contains many chemical compounds that are exclusively found in the Commiphora or Myrrh family.

When compared side by side, it is obvious that this Kenyan ‘Frankincense’ possesses a unique fragrance of its own whether fresh, as an essential oil or burned on the coals. To my nose, C. Confusa has a distinct sweet herbaceous scent that is absent in B. Neglecta and, while Neglecta has signature notes reminiscent of our Northern Fir trees, they are not as pronounced in C. Confusa.

C. Confusa shares a similar dark grainy exterior to B. Neglecta and on closer inspection this Commiphora reveals the familiar auburn hue shared by many of the Myrrh species and consistently reveals a reddish center unlike the tar-black interior found in B. Neglecta. Another distinction between these two similar resins is that lumps of B. Neglecta resins will adhere to one another forming large balls where C. confuse lacks this external stickiness and is found for the most part in small loose pieces reminiscent of cheese curds.

Like Boswellia Neglecta, C. Confusa trees cannot be tapped to produce resin. This is an assurance that the resin is sustainably harvested.  It will appear only from natural injuries to trunk and limb from romping elephants, goats or Baboons that enjoy nibbling on its bark. Pastoralist tribes like the Samburu collect this resin as they roam with their herds through the bush land. They do not practice any of the usual Frankincense tapping and harvesting methods on these trees. 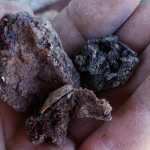 A comparison between B. neglecta and C. confusa. Even smaller pieces of C. confusa resin exhibit a red hued center that sets them apart from the pitch black of B. neglecta. 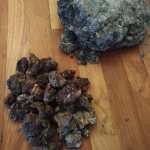 C. confusa in the foreground, B. neglecta in the rear. Though quite similar and often mixed together as B. neglecta, closer examination reveals subtle differences that set C. confusa apart.

As with the B. neglecta resin they collect, the Samburu women distinguish between both a light and a dark C. confusa. Yes…I had to see this for myself and it is true!! Initial injury generates a clear “thurimel” a honey type oleoresin devoid of water-soluble gum which hardens translucent and light golden. Subsequent to injury, the tree creates “Traumatic Resin Ducts” as does our Northern Spruce. These ducts then generate a special therapeutic resinous cocktail called “Callus Resin” that acts as a bandage and promotes the growth of protective tissue that heals the wounds, creates scar tissue and isolates healthy flesh from diseased. In Scandinavia, the Spruce callus resin is used in traditional salves for slow healing wounds, diabetic ulcers and post-surgical wounds.

Though similar in many ways to a Frankincense, C. confusa, like all the Myrrh family, is ruled Astrologically by the Moon. (In case you wondered).

This oleoresin does indeed have an Amber aroma reminiscent of the Frankincense family, but brings with it complex, soft, and sweetly herbaceous, (Myrrh), notes that make it an exceptional incense material on its own or compounded with other aromatics. I look forward to distilling it and getting a clearer sense of its unique aromatic profile.

Though not as well researched as other Commiphora oleoresins, C. confusa does contain some of the same therapeutic compounds found in other Myrrh types which make it a candidate for medicated oils, tinctures, cremes, and salves.

If you would like to experience this lovely resin first-hand you can find it here in my shop.

I’ll close with a warm thank you to Hillary Sommerlatte in Kenya who introduced me to C. confusa and generously shared her home, time and botanical expertise with me.