Suhul Myrrh. A gift from the trees 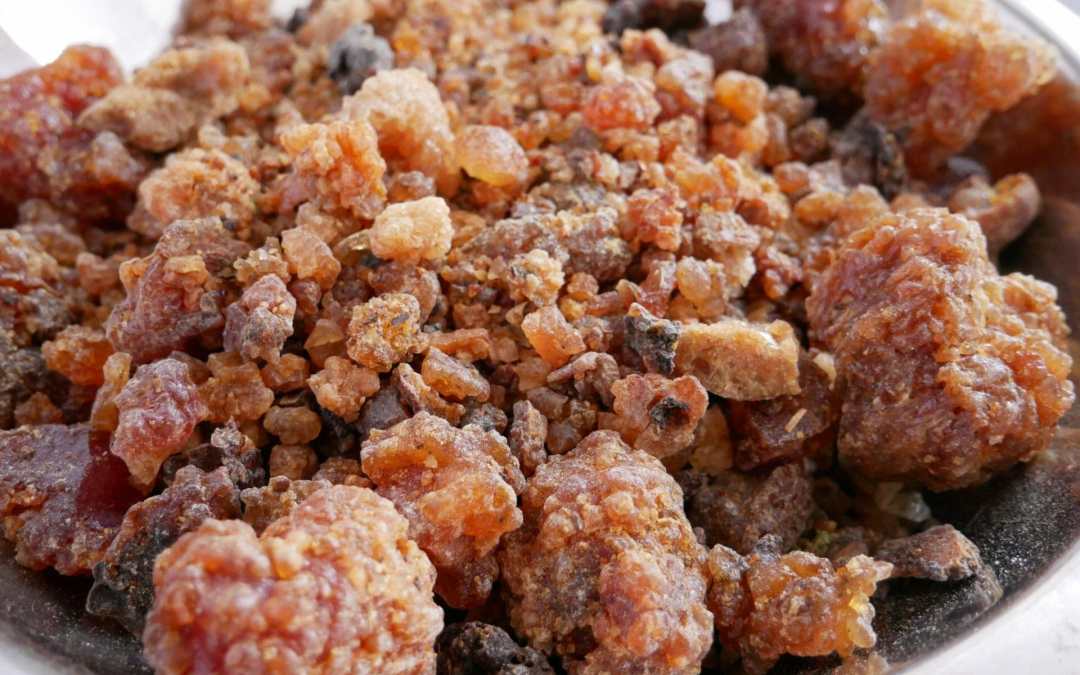 Every once in a while I receive a shipment of a very special kind of Myrrh resin called “Suhul Myrrh”-I ooh and ahh, croon and swoon over it till it’s gone.  In colour, fragrance and texture it stands out from all other types of myrrh. I’m always a little sad to see the last of it sell in in the shop.

What is Suhul Myrrh?

After the rainy season has ended and the resin harvesters trek through the bushland to tap and harvest the Myrrh trees, they first collect the myriad tiny tears of resin that the trees have already produced on their own. This is “Suhul” Myrrh-It is a gift from the Myrrh tree.

The word “Suhul”, has its roots in the Arabic word ” Sahl” which means “Given with ease, or given freely” as opposed to the type of Myrrh that is collected after the labour of tapping the tree which in Somali culture is named “Sarac” Myrrh. Unlike other aromatic tree resins, Suhul myrrh is not collected after cutting it’s bark, but appears naturally and is offered freely.  This root of the word Suhul is also found in the traditional Arabic greeting, “Ahalan WaSahalan. Or Welcome, what I have is given freely.  Welcome and receive freely. The epitome of gracious hospitality.

How much sweeter is this gift the tree offers freely than that which we take from her with machete and knife. Though myrrh resin is known for its bitterness, there is a soft sweetness in the aroma of Suhul Myrrh. It is usually lighter, brighter and more translucent than Sarac Myrrh.

More than just an ancient fragrant medicine, Suhul Myrrh is about as sustainable a harvest as one can get. With the growing concern that our wild aromatic plants are disappearing due to natural and man made stresses, Suhul myrrh is double the gift.

Why the Myrrh tree cries such bitter tears

In the classic Greek tale, (which is thought to originate thousands of years earlier in ancient Mesopotamia),  Myrrha the daughter of king Cinyras of Cyprus becomes infatuated with her father.  Night after  night she slips into bed with him untill one night, he lights a candle to better see the face of his passionate new concubine. When he realizes he has bedded his daughter he is furious and takes his sword to her. She narrowly escapes and is chased by her father and a troop of his soldiers all the way through Arabia to what is now considered Yemen/Oman. The girl is on the run, desperate, distraught, and pregnant, (with her son, brother and grandchild). Myrrha pleads with the Gods to help her and they hide her from the wrath of her father by turning her into a tree.  However, she is still pregnant and gives birth, as a tree, to Adonis. This is why, till this very day, the Myrrh tree freely weeps her bitter tears without being cut. This is Suhul myrrh.

Myrrh, Mary and the Moon

Now, it is usually explained that this myth is a cautionary tale to reinforce a moral code in our society and keep our gene pool strong. However, it also gives us some insight into the nature of one of the most ancient and valuable medicines of our collective civilization. The root of the name myrrh is Mar or Mor, an ancient Semitic word meaning bitter. Bitter as our tears and our grief. This is also the root of the name Mary, a derivation of the name Maryam which means  the bitterness, or the froth of the sea. Coincidentally, the name Aphrodite is also translated as “She who has risen from the froth of the sea”.

The connection between the moon and the seas and oceans is obvious and it is no surprise that in traditional Astrology Myrrh is ruled by the moon, (and the sign of Cancer). And as the moon operates on the waters of the planet,  Myrrh operates on the fluid systems of our bodies. Keeps them moving encourages a natural ebb and flow and eliminates stagnation. We all know what happens to water when it sits and gets stagnant.  We also see how sadness , grief, loss and suffering are associated with myrrh resin. Life is sweet but life is also bitter. We cannot have one without the other. for every mountain there is a valley for every full moon there is a new moon and every birth comes prepackaged with a death. Thus Myrrh is associated with water, movement, cycles, duality, the feminine principal and ebb and flow.

Some traditional uses of Myrrh resin

And so it is that Myrrh was used for embalming and as an incense in ancient Egyptian funerary rites. In antiquity, Myrrh was added to wine to ease the pain and grief of those condemned to death. (the Gall of the Bible). Myrrh is traditionally used to help regulate a woman’s menstrual cycle, move phlegm out of the body, acts a bitter and a stimulant on our digestive system and encourages the production of bile. It is unsurpassed as a “heal-all” for oral care, effectively addressing issues such as inflamed sore or infected gums, post-extraction soreness or denture irritation, spongy gums, canker sores, halitosis, laryngitis, gingivitis, and loose teeth.

A simple tincture of Myrrh added to a mouthwash of warm salted water is one of the best treatments for most all oral issues. Myrrh is an anti-fungal and is traditionally used to treat candida, thrush, (and oral thrush), as well as fungal infections of the skin and nails. (Again, its association with water).

Experience Suhul Myrrh for yourself

You can purchase Suhul Myrrh HERE. If you would like to experience a sample of it, I have small sample packages of Suhul myrrh in the shop. If you would like one, simply leave a note with your next order saying “Suhul sample” and I will include it with your order. If you want to connect with the myrrh tree, the best way, (if you are not pregnant), is to chew a small piece. If you have decided to purchase some Suhul myrrh in the shop then just say “Sample please” and I will find something nice to add for you.

Essential oils. A Blessing or a curse.

We can’t talk about Myrrh without mentioning Frankincense and our other resin-bearing trees. So while I’m on the topic, what most people don’t know is that our growing Western demand for essential oils is a serious contributing factor to the decline of our wild aromatic resources including our Frankincense and Myrrh trees. This is something I will address in my next post along with some suggestions for a more conscious and conciencious approach to these resources that can lessen our impact on the species.

For recipes for Myrrh and other oleoresins, please see my post, http://apothecarysgarden.com/2014/12/29/preparing-winter-
medicine-with-tree-saps/

For instructions on preparing your own tincture of Myrrh, please visit-http://apothecarysgarden.com/recipes-2/how-to-make-a-tincture-of-myrrh-for-oral-care/

Powered by Apothecary’s GardenScroll to Top