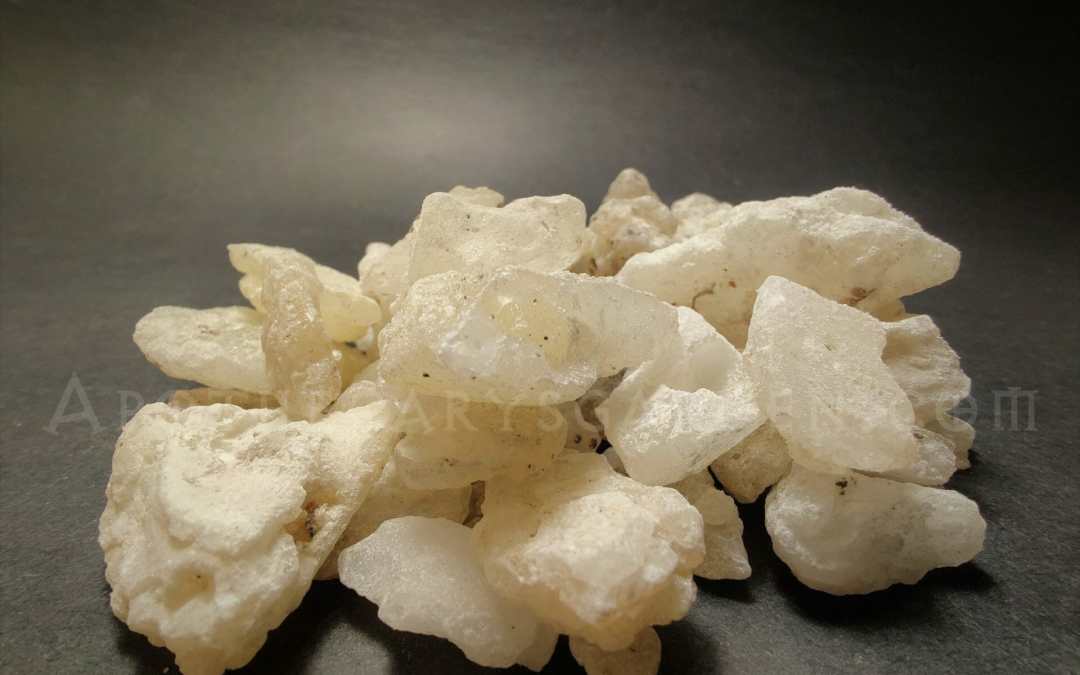 What we expect when we buy Copal

When most of us think of Copal, we have an image of a sacred, fragrant resin used for ritual and ceremony in ancient and modern Mesoamerican cultures. A traditional offering, raised to the Gods and ancestors on a pillar of smoke.

What we usually get when we buy Copal

Did you know that often, when we purchase Copal online, we receive a resin that has never been seen in the Americas by any tribe in any century? A resin with very different source and uses.

The confusion is understandable when we realize there are two very different types of resins that are officially called Copal. Though both types can be burned as incense, they have very different sources, histories, physical traits and applications. They can most easily be categorized as soft and hard Copals.

In Central America, the word Copal simply means incense. This term is applied universally to all local aromatic tree resins used for ceremony and ritual. Mostly soft Copals, these oleoresins contain varying proportions of essential oils which lend them fragrance and soften the resin. Soft Copals originating in Central and South America have a long tradition of use as incense in ritual, ceremony and traditional and bush medicine. Most soft Copals are soluble in warm oils and have an affinity with the skin making them useful from a medicinal and cosmetic perspective.

On the other hand, Western language borrowed the word Copal and uses it to mean hard, clear resins that lend themselves to the preparation of durable finishes. Hard Copals are odourless, brittle, translucent or clear and most break with a glass-like fracture. Hard Copals are often semi-fossilized which means they have been buried in the ground for hundreds or thousands of years. Before petroleum-based resins were available we used  tree resins in the production of surface treatments for wooden objects, musical instruments, furniture and decorative coatings as well as in many art forms. Many types of Hard Copal can be easily cut, polished and used in jewellery-making.

Aroma or durability? Ceremony or craft?

When burned as incense, hard Copals emit smoke that is thick, gentle, soft and neutral in aroma. Most originate in Africa and Indonesia. If you want a material that has been considered the  food of the gods in Mayan or Aztec cultures, you should choose the soft, or fresh Copal types. Specifically those that are native to Mesoamerica. If you want to recreate an old formula for a violin or Lute varnish, prepare an oil-based paint, sealing wax or make jewellery or Beeswax wraps, you should turn to the hard Copals. Both resin types, purposes and applications are time-honored and equally as valuable. It is up to us to know the difference and choose according to our needs.

The number of trees in central and South America that offer an aromatic oleoresin called “Copal” is likely as great as the tribes in these areas. Each region has its local Copal Negro and Copal Blanco harvested from their local trees. The main tree families that provide us with soft Copals in the Americas include Bursera, Protium, Hymenaea and Pinus. Many species of resin-bearing trees have not yet been identified and they likely number in the hundreds. Below is a short list of the Central and South American Copal resins most commonly available in the Western market

Locally called Copal Pom or Pom Copal, Protium Copal resin is marketed fresh and sticky and wrapped in Banana leaves. Its aroma is intense, fruity, uplifting sweet and sharp with a lovely soft musk note. Reminiscent in fragrance to the Elemi resins of Africa and Asia. Protium Copal is found mainly in Belize, Guatemala and Western Mexico. You can find more information about Protium Copal HERE.

Brue Copal is usually from the Amazon rainforest, used extensively as incense and medicine especially for skin complaints. It is most often harvested sustainably from material that has accumulated at the base of trees over years. The sustainability is noticeable if the material is dry and crumbly on the surface and the colour faded with oxidization. You can find more information on Brue Copal HERE.

Known in Mexico as Copal Negro or Black Copal, P. Paniculatum is one of many resins that is sold under that name. It seems every culture and geographic area has its own Copal Negro, (and Copal Blanco). This particular resin yields a gorgeous and fragrant emerald green essential oil when distilled. More information about Protium paniculatum HERE

Copal Negro Guatemala. There are many resins named Copal Blanco and Copal Negro. It is always a challenge to ferret out the species name of the tree that produces them. This resin is fruitier in aroma than Copal negro from Peru. More information about Copal Negro-Guatemala HERE.

Copal Blanco-White Copal-Mexico. Used extensively in Mexican celebrations of Day of the Dead, this is likely the best known Copal Blanco. It is collected by traditional Copaleros, often using the traditional method of suspending Agave leaves to collect the resin as it drips from the tree. (Nowadays, one also finds this wonderful resin collected in split, recycled pop bottles). Trees are often grown from seed and chosen for their fragrance and yield. Copal Blanco is also collected from other species of Bursera trees throughout the region. More information about Mexican sacred white Cop[al can be found HERE

As mentioned earlier, everything aromatic and used for incense is called copal in Central America. Here we have balls of bark and resin produced mainly from the Ocote Pine tree. Pinus Montezuma or P. Pinus Ocota), Though not a resin per se, they are also called Copal locally and are used extensively in Mayan/Mexican Day of the Dead rituals. Production of the balls provides an income for rural communities.

Short sections of basketry canes soaked in warm liquid resin and carefully wrapped in banana leaf are sold in the markets of the Momostenango region of Guatemala. They are simply called Sacred Copal.

A list of hard Copals not found in the Americas.

Hymenea verrucosa or Zanzibar Copal is prized for it’s hardness and esteemed for use in creating durable lacquers and varnishes. It comes from East Africa and used to be shipped around the world from Zanzibar. Often the material is semi fossilized though the resin from Madagascar is recent and due to special compounds in the soil it deteriorates after a few hundred years in the ground. One often finds insects imbedded in the resin. This resin, even when recent is very hard, brittle and makes a lovely tinkling sound when shaken in the palm of one’s hand.

Hymenea coubaril, also called Mexican Copal or golden Copal is the exception to the rule, (always seems to be one!) This is a hard Copal used in Mesoamerica as incense. This is a semi-fossilized resin that is extracted from sandbanks and river edges in Southern Mexico. It is a sustainable harvest in that the material has been buried for centuries. ( I see it as semi-sustainable since no trees are harmed, but it is a resource that will run out eventually). It is a crystal clear golden translucent colour covered with a white bloom of oxidation. When burned, it has a sweet, pleasant, mellow aroma with hints of vanilla and generates a thick smoke that is easy on the lungs. Though it is not a renewable resource, no trees are harmed in the collection process. Though Mexican Copal is not a fresh Copal, it is used in Central American ceremonies and homes. You can find Mexican Gold Copal in the shop HERE

Dammar resin from various species of Shorea trees in Indonesia. Dammar resin is what we most often receive when we buy Copal online. I have seen it sold as Sacred Copal, Mexican copal and Copal Blanco. I hate to think vendors are intentionally hoodwinking or misleading customers, so I will assume that most vendors are ignorant of the source, uses and cultural affiliations of these resin families. Dammar resin is used extensively for a wide range of industrial applications. Though its use has dwindled with the development of petroleum-based resins. Dammar trees are usually plantation grown or grown and harvested in traditional farm forests planted by farming families as an added income. Dammar resin is often used to adulterate other resins such as block benzoin and is an important ingredient in traditional incense and Bakhour blocks. You can find more information about Dammar Copal HERE

Angola Copal, Copaifera demuisi. Congo Copal. A semi fossilized resin from East and central Africa. Harvested from the ground. Another lovely incense with a soft, sweet and mellow thick smoke. Pieces fracture clear as glass with black or golden inclusions. Angola Copal and more information is in the shop HERE

Borneo Kauri Copal, Agathis borneensis from Sumatra and Borneo is the recent resin from an evergreen tree. Though new Zealand kauri is better known and semi fossilized, Borneo Kauri is easier to come by.

Read the fine print and insist on species names

So, in conclusion, remember that not all Copals are associated with sacred Mesoamerican ceremonies. Read the fine print and hold vendors accountable for species specificity.